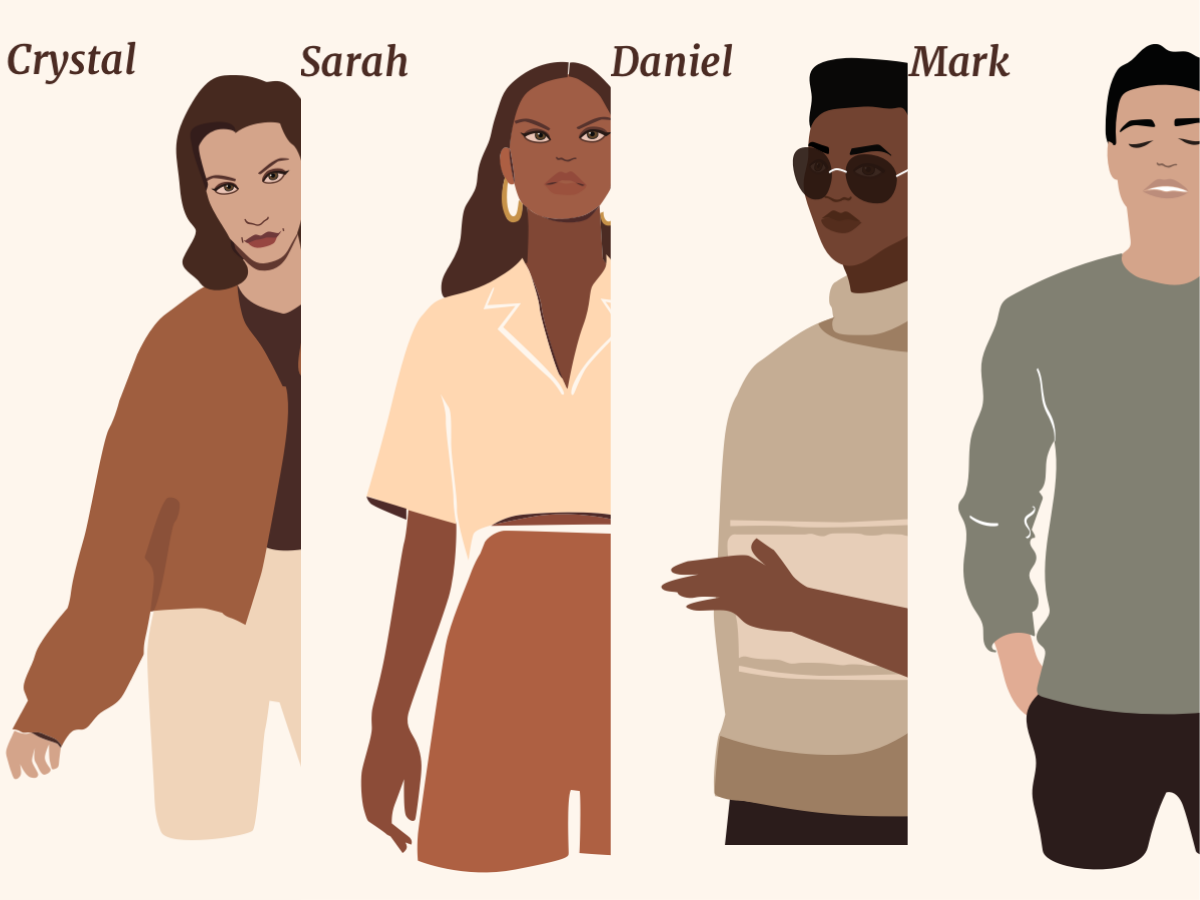 Although being diagnosed with a disorder is never a cause for celebration, many people experience a sense of relief in learning that they have ADHD. The diagnosis finally provides an explanation of the problems they have had with attention, motivation, planning and organization.

Although being diagnosed with a disorder is never a cause for celebration, many people experience a sense of relief in learning that they have ADHD. The diagnosis finally provides an explanation of the problems they have had with attention, motivation, planning and organization. Oftentimes, those with undiagnosed ADHD assume these issues are due to hypothetical personal failings (such as mental “laziness”), yet, once they are diagnosed -- they are able to see themselves through a lens of compassion, for their inability to complete certain tasks was not due to faulty character traits, but is the result of a defined physiological abnormality of brain function.

Combining the best recent estimates of the percentage of people suffering from ADHD in the various age groups with for populations estimates for those groups, I arrived at an estimate of 14.7 million people in the United States who are currently afflicted by it.  This is more than the population of the Los Angeles Metropolitan area!

Among those between 18 and 44 years of age, it is estimated that almost one out of 20 people has the disorder. These statistics become of even greater concern when one considers that only between 10 and 25% of adults with ADHD are diagnosed and adequately treated!

What does it mean to be a statistic? Why do so many people remain undiagnosed with ADHD? These numbers divorced from the human experience provide no context for those who are still suffering in silence. Unlike other disorders, ADHD is layered and nuanced with a special breed of stigma given that the main form of symptom management is medication, and the medications prescribed oftentimes happen to be controlled substances. We asked some of our patients about their experience to offer a window of context to those who are still silently suffering with unmanaged ADHD.

Disclaimer: The following patient experiences are composite narratives. They reflect a combination of real-life experiences from our patient user interviews blended with ADHD symptomatology. Names, characteristics, and events have been compressed and recreated to show a holistic, human perspective for those who struggle with ADHD.

Sarah tried non-medicative approaches towards managing her ADHD for years. Her tactics ranged from a change in diet, acupuncture, to holistic remedies (eastern medicine) and meditation. Why should she have to take pharmaceutical medication to help her manage her symptoms? Surely, there had to be another alternative. Surviving in this economy without comprehensive healthcare put her in a situation where seeing a psychiatrist was not a luxury that she could afford. This combined with the possibility of colleagues or acquaintances seeing her in the waiting room (it’s a small world after all) didn’t seem worth the price. Sarah did develop coping mechanisms and excellent strategies to help manage certain areas of her lived experience that served her well in young adulthood. However, established adulthood is an entirely different arena of life. It was not until her boss brought to her attention her constant tardiness, failure to make deadlines, and general lack of disorder in task management (high priority vs. low priority) that she first began to accept that maybe her ADHD wasn’t managed very well. Sarah went home that day and noticed how every drawer in her house was a junk drawer -- nothing was truly organized. She reflected on how this mirrored her inner world: unorganized on the inside, but if you don’t look deep enough, you can’t see it. It was against her value system to try a stimulant, but she knew that she needed help. Her ADHD was very real, and it was having very real consequences. Life forced Sarah to a crossroads, and she chose to have the courage to try something new.  With the anonymity and affordability of Done, Sarah has been able to begin to treat and manage her ADHD effectively.

Mark had already enlisted in the army when he received his diagnosis. He recalls committing to not taking medication or being open about his disorder as he didn’t want his diagnosis to impact any opportunities for advancement in his career. After-all, society just sees ADHD medications as bonafide forms of speed, right? He knew his peers and superiors might feel that they could not trust him in times of crisis, and in his profession -- trust and reputation are everything. Having always dreamed of being in the army, this wasn’t a sacrifice that he was willing to make. Mark grabbed his bootstraps and bucked up. In his journey, he found that as a young man -- the world forgives you for certain things. Behaviors and symptoms of his ADHD were often lumped into traits of a youthful man learning to maneuver the realities of life. Mark’s significant other, Melissa, began to see the depth of his ADHD once they moved in together. She noticed that Mark always forgot to do things she’d ask him to do (even if she made a list or wrote it on the fridge). Common couple conflicts always escalated to the point where Mark would accuse Melissa of rejecting him and not wanting to be with him. She would come home to Mark’s new “hobby” whether it was woodworking, painting, guitar, etc. which was all fine and well, except he never stuck with it longer than a week, and these were expensive choices that he was making so impulsively. Melissa could no longer shoulder the weight of his untreated ADHD disorder. Love has an uncanny way of making us cross bridges that we otherwise might avoid at all costs. When Mark found Done, he felt relieved as he knew it would provide him a safe and secure place to receive treatment.

Growing up as a black boy, you learn that you cannot misbehave like white boys. Daniel knew this. His mother had told him many times. Why, then, was it so hard to focus in school? Why couldn’t he listen during class? Did his friends zone out during most conversations like he did? How was it that video games were the only activity that seemed to hold his focus? How many times had he interrupted conversations just to share a thought or finish others sentences -- and heard that he was rude? One day, his teacher noticed how Daniel rocked back and forth, tapped his foot, or clasped his hands while looking around the classroom, trying to keep quiet and still. She called his mother and suggested that he get evaluated for ADHD. When Daniel heard this, his ears perked up -- maybe this was an answer. His mother, however,  didn’t want her son to live with this disorder and the stigma that comes with it, so she didn’t seek treatment. Daniel lived with this piece of information in his mind for a long time. It wasn’t until he began college that he realized he needed extra support in managing his behavior. This is when he found Done on Instagram. He scheduled a consultation to see if what his teacher had observed all those years ago were true, and it was. After being diagnosed with ADHD formally, Daniel began to take medication. The differences he noticed were subtle at first. Completing coursework no longer felt like an impossible task as he was able to focus for long periods of time. He noticed that for the first time in his life that he was able to really truly and deeply listen to his friends for long periods of time. This deepened his friendships immensely. He began to realize that so many day-to-day tasks had been impacted by his ADHD and as he gained more coping skills, he really began to feel that he was thriving. Daniel also loves that his physician is a person of color as it makes him feel seen. He hopes that more people in our world will begin to dismantle stigma around ADHD, especially in communities of color. He’s thankful to Done for providing him the opportunity to thrive.

Crystal always daydreamed in school. She never completed her work. As she came from an upper-middle class family, her father was seriously concerned about her grades. Her teacher insisted that she was a well behaved girl, so surely this was due to laziness and a lack of study skills. Her teacher believed that maybe if Crystal received more support that she might be able to succeed in the classroom. Her father went to the store and bought every type of school supplies imaginable: markers, highlighters, pretty notebooks, gel pens, etc. He wanted to get her interested and excited about learning. When Crystal received these, she enjoyed the colors the most. She began to color code her subjects and assignments almost intuitively. Math is purple! English will be red, and oh, science can be green! During class, she began to draw stories related to what her teacher was saying. She noticed that if she doodled or wrote word-for-word what her teacher said that she would be able to pay attention. Crystal loved her dad and wanted to make him proud of her, so she tried very hard -- writing almost every lesson per verbatim in her color coded notebooks. Her dedication landed her in Pre-AP classes where simple color-coding could no longer suffice. Crystal’s father immediately sought an afterschool tutor: Anna. Anna noticed that Crystal really only needed help creating lists of what to do and having someone to sit with her while she completed tasks. Anna thought it was strange how Crystal would just zone out or silently begin to daydream in the middle of study sessions. Crystal went on to graduate in the top 10% of her class and graduated college with honors. It was not until her early 40’s that she began to experience more difficulty. Although the skills she had developed did carry her through school, they were no longer sustainable in supporting her in midlife. Her daydreaming had gone to such an extent that she had been in several car accidents. Being in relationships was very difficult for her as she simply withdrew into her own world. A friend, Brian, texted her an article about ADHD in Women, and said, “This sounds a lot like you.” Crystal was floored. Living in a rural area, she sought an online service to help her get to the bottom of this, where she found Done. She was able to speak to one of our providers and learn more about how she had coped with ADHD her whole life. Crystal wondered how her life might be different if society knew more about how ADHD manifests in women. Now, she is passionate to share her experience.

Our patients come from all walks of life. They find refuge in us because we honor the complexity of what it means to be a human being. For some of our patients, anonymity is non-negotiable due to stigma that they might face in their careers and communities. For others, it’s simply the fact that they can be seen for who they are, right where they are. Our mission is to help our patients lead more enriching, functional and fulfilling lives -- no matter which walk of life they come from. Take our free assessment today and see how Done can help. 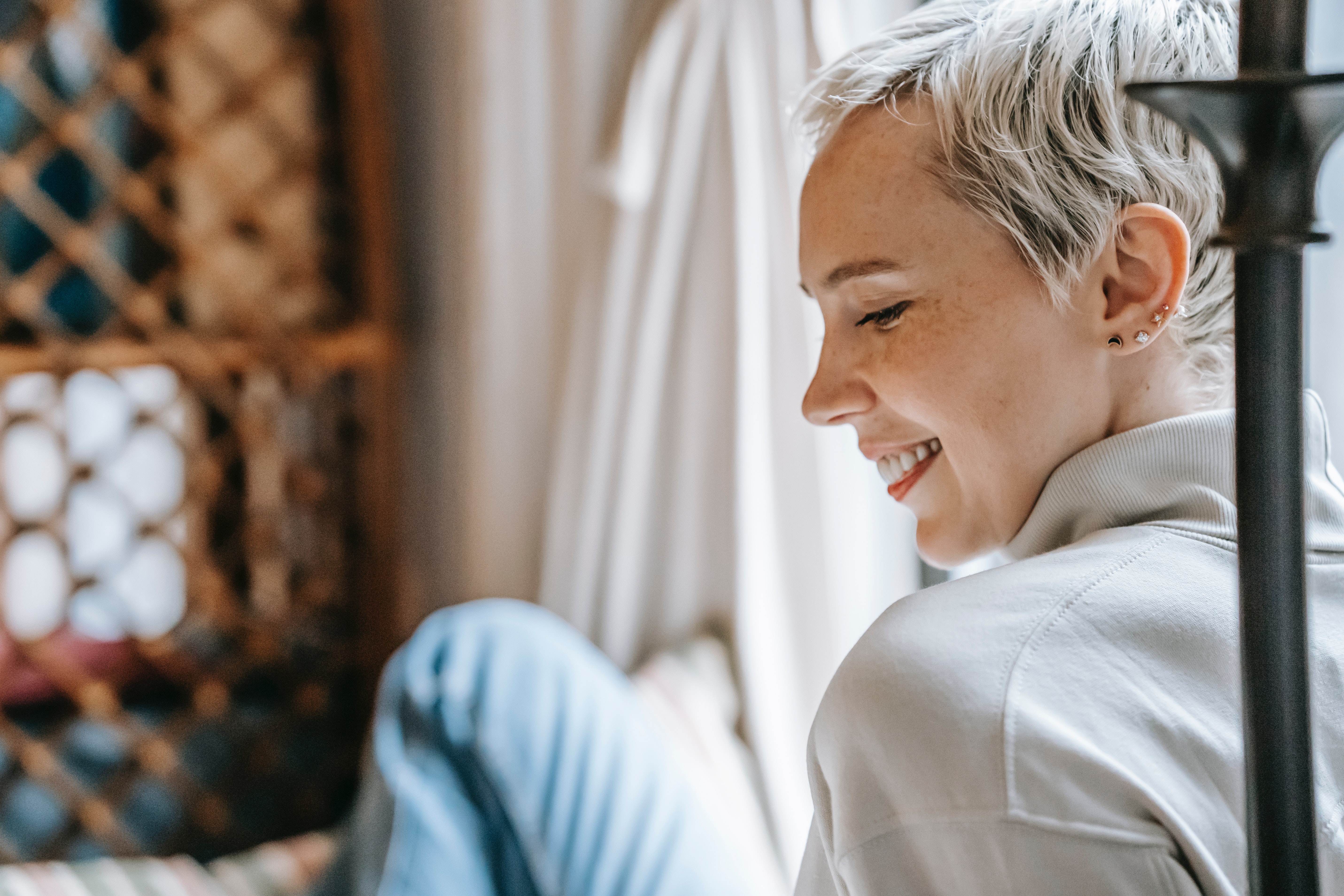